140 years of Friends for Life Fabric animals as toys? A new era in children’s toys ... When the first little elephant from … more

229.00 €
Incl. VAT Plus shipping costs where applicable
Currently not available online
Size30 cm
CAUTION! This product is not a toy and is intended for adult collectors only.

140 years of Friends for Life Fabric animals as toys? A new era in children’s toys ... When the first little elephant from Margarete Steiff’s workshop was sold in 1880, this paved the way for a new worldwide phenomenon – soft toys made of plush. This was the stuff of countless children’s dreams, with these toy animals playing a central role in their imaginations. As well as being invitingly cuddly, they act as companions, comforters and a constant source of ideas. Since then, millions of friends for life have made the journey from the Swabian town of Giengen to new homes all over the world. They live their own personal stories and create lasting memories. They are loved, cherished, occasional forgotten, found again, collected and inherited. We are marking the anniversary year 2020 with our 140th Anniversary Collection: all of the anniversary toys come in a limited edition of 1,880 and bear the special elephant logo “140 years of Steiff”. Back when the “Elefäntle” paved the way for the first ever toy factory, its “big brother” had yet to arrive on the scene. However, it was not long before Richard Steiff introduced the Teddy bear that would go on to attain unimaginable levels of success. And even though the Steiff world would later produce many different types of toy animals, it is these two – the little felt elephant and the mohair Teddy bear – that still symbolise its rich history. Even in the anniversary year 2020, they are still inseparable.

CAUTION! This product is not a toy and is intended for adult collectors only. 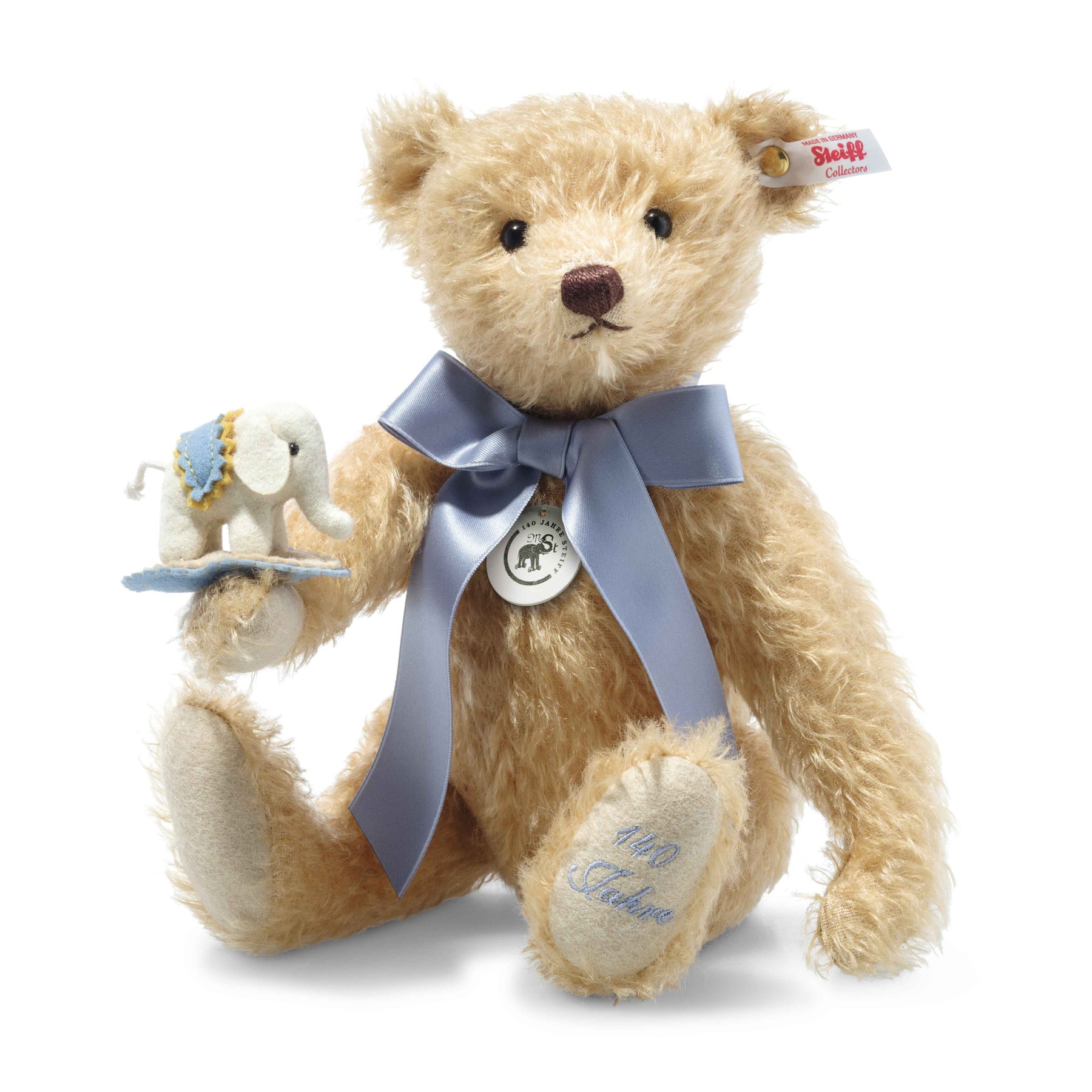 Button in ear: with gold-plated "Button in Ear" with elephant motif