Mrs Brown bent down. “You’re a very small bear,” she said. “I’m a very rare sort of bear,” he replied importantly. … plus

Mrs Brown bent down. “You’re a very small bear,” she said. “I’m a very rare sort of bear,” he replied importantly. “There aren’t many of us left where I come from.” “And where is that?” asked Mrs Brown. “Darkest Peru." Michael Bond based Paddington Bear on a lonely Teddy bear he noticed on a shelf in a London store on Christmas Eve 1956, which he bought as a present for his wife. The bear inspired Bond to write a story; A Bear Called Paddington - first published on 13 October 1958 . Little could he have known then how many people from around the world would come to know, love and adore his small bear from darkest Peru. To celebrate the marmalade-loving BAFT nominated bear’s 60th anniversary Steiff were honoured and thrilled to offer a design which paid homage to Peggy Fortnum, the first illustrator to draw Paddington Bear for Michael Bond’s children’s books. She was commissioned to illustrate the first volume of adventures, A Bear Called Paddington, in black and white line drawings, in 1958, and worked on the next eight Paddington books. Her illustrations made the idea of a bear from Peru arriving at Paddington station with a suitcase and being adopted by an ordinary family seem perfectly reasonable. Following the wonderfully popular 60th anniversary Bear, Steiff are delighted to offer this deliciously scrumptious teenie weenie Paddington only 12 cm tall, but ginormous in character. With a red ribbon attached he can become your constant companion wherever you may be. He can even decorate your Christmas tree. He is exclusive to the UK, Ireland and USA and is made in a limited edition of 1,958 pieces. He follows extremely proudly behind the hugely successful paw prints of his big brother. 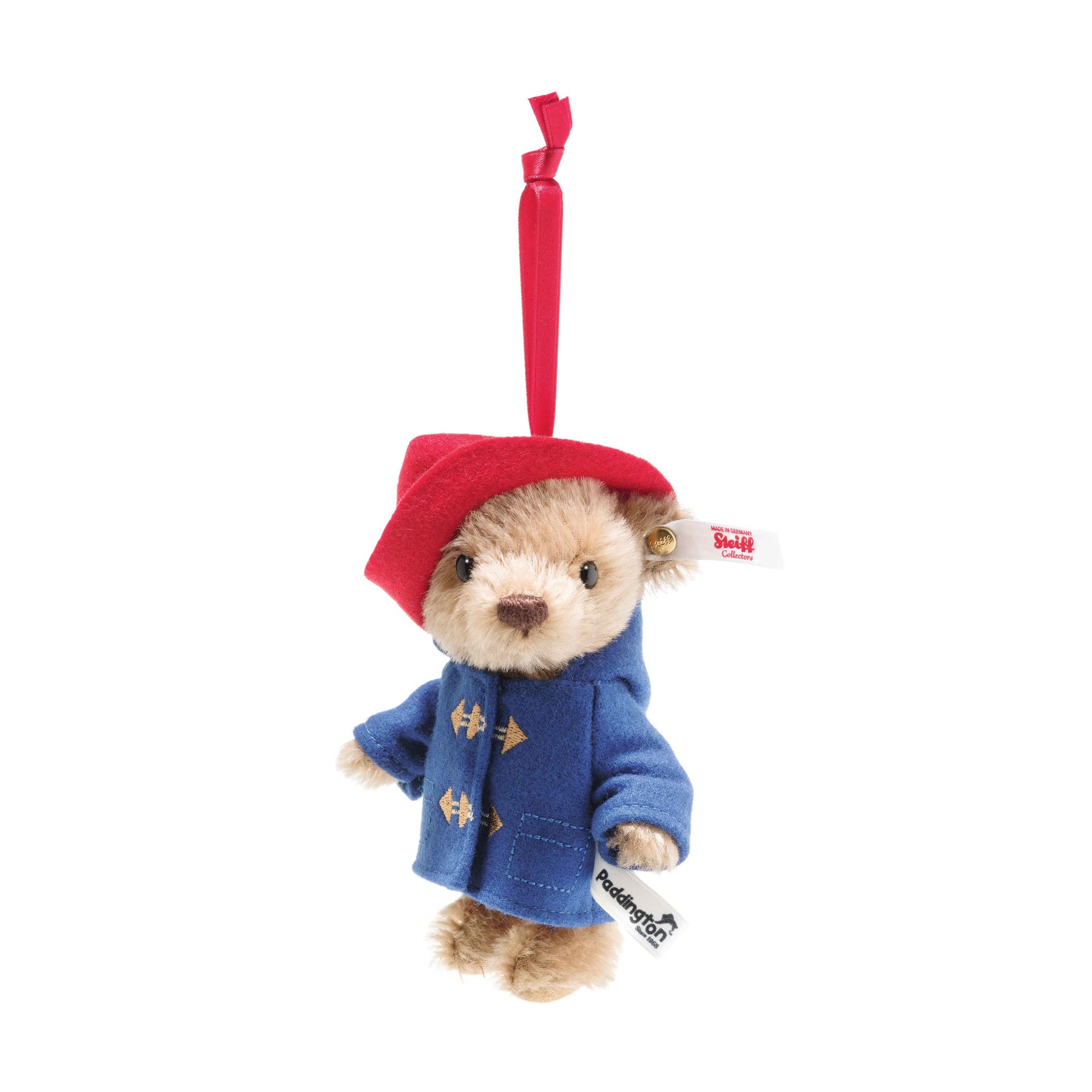